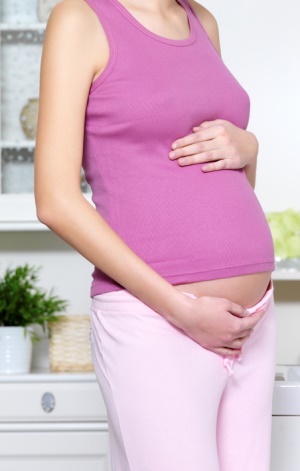 Acupuncture designed to treat depression appears to improve symptoms in pregnant women, suggesting it as an alternative to antidepressant medication during pregnancy, a study found.

The study, published Monday in the journal Obstetrics & Gynecology, is the largest to date examining the effectiveness of acupuncture to treat depression in pregnant women. It was funded by a grant from the government’s Agency for Healthcare Research and Quality. “Acupuncture that we have tested works for pregnant, depressed women,” said Rachel Manber, a study author and professor at Stanford University. However, “no single study is enough to make policy recommendations,” she said.

Acupuncture treatment for IVF and Pregnancy

As many as 14% of pregnant women are thought to develop a significant depression at some point during their pregnancy, according to the study authors, comparable to numbers who suffer from postpartum depression. Antidepressants are generally considered safe for use in pregnancy, but research has been limited and concerns continue to grow, according to the National Institute of Mental Health. One study showed that the risk of persistent pulmonary hypertension, a potentially serious lung condition, is significantly greater in newborns whose mother took antidepressants later in pregnancy. The Food and Drug Administration recommends that patients and physicians “carefully consider and discuss together” the benefits and risks taking antidepressants during pregnancy.”Antidepressants are not an attractive option for many women,” said Dr. Manber. “Many women are concerned about using antidepressant medication during pregnancy.”

Acupuncture, based on ancient Chinese medicine, attempts to treat conditions by stimulating points on the body, most often with needles stuck in the skin and moved by hand or electrical stimulation, according to the National Center for Complementary and Alternative Medicine.