Acupuncture may help relieve some of the symptoms of Parkinson’s disease, researchers from the University, Seoul, Korea, reported in CNS Neuroscience & Therapeutics. It appears that acupuncture reactivates parts of the brain that have become too deactivated, the authors added.

The scientists explained that several studies had shown that acupuncture treatment relieved symptoms of patients with Parkinson’s disease in human and animal subjects. Some studies using fMRI had found that neural responses in extensive brain regions were much lower among Parkinson’s patients compared to healthy individuals. Brain areas particularly affected by Parkinson’s include the thalamus, putamen, and the supplementary motor area.

Scientists have been carrying out more and more studies on the possible therapeutic benefits of acupuncture. An article published in JAMA (Journal of the American Medical Association) in September 2012 found that acupuncture may help in the treatment of chronic pain.

Yeo, S., Lim and team used fMRI (functional magnetic resonance imaging) to measure what the specific effects of needling acupuncture point GB34 (Yanglinqquan) were on parts of the brain that are affected by Parkinson’s Disease.

Certain brain centers become too inactive in people with Parkinson’s disease. The authors explained that acupuncture seems to reactivate them.

The authors divided the participants into two groups:
The control group – consisting of 12 “healthy” subjects. None of them had Parkinson’s disease. 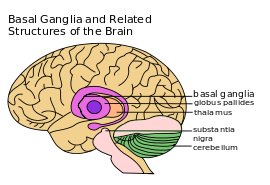 “These brain regions are pathologically impaired in Parkinson’s Disease patients but are activated by stimulation of acupuncture point GB34.”

What is Parkinson’s Disease?
Parkinson’s disease is a progressive disorder of the nervous system which affects how people move, including how they write and speak. Symptoms typically develop over time. The patient may notice some ever-so-slight tremors in one hand.

Gradually the stiffness becomes a prominent symptoms, which slows down movements considerably – this is known as bradykinesia. The muscles of a PD (Parkinson’s disease) patient become progressive weaker. Often sufferers adopt an unusual posture.

Parkinson’s’ disease in the USA
According to the CDC (Centers for Disease Control and Prevention), about 1 million Americans are thought be living with PD. There are over 60,000 Parkinson’s disease diagnoses carried out each year in the USA.

Parkinson’s disease in the UK
127,000 people are estimated to be living with PD in the United Kingdom – about 1 in every 500 people.