Acupuncture for migraine and chronic headache

Acupuncture for migraine and chronic headache

Dr Clare Thornley looks at the evidence-based studies investigating the effects of acupuncture on migraine and chronic tension-type headache. 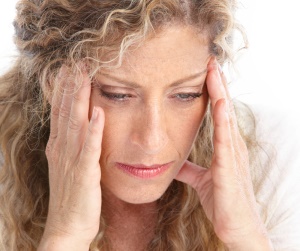 There is now compelling evidence that migraine and chronic tension-type headache — common conditions that are challenging to treat in general practice — respond to acupuncture.

Cochrane Reviews, now 4,000 in number, are internationally recognised as the highest standard in evidence-based healthcare. The first Cochrane Review on acupuncture for idiopathic headache appeared in 2001 and was tentatively positive. Since then, a number of large, randomised, controlled acupuncture trials have been published.

In 2008, the Cochrane Review was updated and split into two separate reviews: acupuncture for migraine prophylaxis and acupuncture for tension-type headache. The results of these are recorded in the Cochrane Database of Systematic Reviews, with the authors concluding that acupuncture should be considered a treatment option for both these conditions.

This article looks at the evidence contained in the two Cochrane Reviews on acupuncture for migraine and chronic headache, and examines the contentious matter of placebo controls in acupuncture trials.

The size of the problem

Migraine affects around 15-20 per cent of the adult population, with a female-to-male ratio of two to one. In addition, 10 per cent of children are affected, with equal prevalence in boys and girls. Despite suffering on average 13, often debilitating, attacks a year, fewer than half of migraineurs are receiving any treatment.

Prophylaxis is not always required if migraine attacks are infrequent, and identifying and avoiding triggers can sometimes reduce the frequency or severity of episodes. However, for those whose migraines are severe enough to require prophylaxis, medication is usually the next step.

Beta-blockers may be particularly useful when the migraineur also has hypertension, but contraindications such as asthma, depression and peripheral vascular disease limit their use. The side-effect profiles of treatments such as amitriptyline and topiramate are not insignificant, whilst pizotifen is of doubtful efficacy. Triptans, although often dramatically beneficial in acute migraine, do not appear to alter the frequency of attacks in the long term, and overuse can result in worsening headaches.

Tension-type headaches are very common, usually episodic, and of mild-to-moderate intensity. Most respond to simple over-the-counter analgesics. However, around 3 per cent of women and 1.5 per cent of men experience this type of headache on at least 15 days a month, which fulfils the International Headache Society diagnostic criteria for chronic daily headache – a significant cause of work absenteeism.

After clear-cut aetiology (e.g. analgesic overuse) has been identified and been dealt with, chronic daily headache remains one of the most challenging common conditions to treat in general practice.

Guidelines recommend antidepressants such as ami-triptyline for chronic tension-type headaches. However, these are often unacceptable to, and poorly tolerated by, patients.

Verum acupuncture points are usually standardised to some degree for trials, as are the frequency of treatment and number of sessions. This is a somewhat artificial approach, as these could vary considerably in real-life practice. Most trials consist of around 10-15 sessions of treatment once or twice weekly.

Cochrane Review for migraine prophylaxis
To research the effectiveness of acupuncture for migraine prophylaxis, the Cochrane authors investigated 22 trials with 4,419 participants. The trials were at least eight weeks long and compared acupuncture with routine care, sham acupuncture or another intervention. For example, in one particular German trial, published in 2008 in The Lancet Neurology Journal, 960 migraine patients were randomly assigned to treatment with traditional acupuncture, sham acupuncture or standard prophylactic therapy (beta blockers, calcium-channel blockers, or antiepileptic drugs).

Six trials, including two large trials with 401 and 1,715 patients that compared acupuncture prophylaxis with acute care, found that patients had fewer headaches after up to four months of acupuncture. In one trial, the beneficial effects of treatment continued at nine-month follow-up.

The Cochrane authors’ overall conclusion was that there is now consistent evidence that migraine patients benefit from acupuncture, and that acupuncture should therefore be considered a viable alternative treatment option to conventional medication.

Again in this case, the Cochrane researchers concluded that, according to the available evidence, acupuncture could be a valuable option for patients suffering from frequent tension-type headache.

Obtaining evidence of efficacy for acupuncture has, in the past, been hampered by methodological problems unique to this kind of manual therapy, in particular that of finding a credible, truly inactive, control procedure. Almost all sham treatments used as control procedures in the Cochrane studies involve the insertion of needles.

However, there is little consensus on where to put these sham needles, although they are often placed more superficially than the active acupuncture needles, and/or in areas of the body not associated with traditional (Chinese) acupuncture points.

In fact, many Western medical practitioners have long raised doubts as to whether precise point location is necessary for successful acupuncture. Some even believe that there are no acupuncture points at all, only acupuncture areas. And many find shallow needling to be effective in some patients, and certain conditions.

If indeed the ‘correct’ placement — and possibly insertion depth, too — of needles is less relevant to successful treatment than originally believed, then this would mean that much of the sham acupuncture is not a true placebo control. In other words, inserting needles through the skin in general is not an inert procedure. Several studies have in fact found evidence to support this theory.

This may explain why the results of trials show benefits for both true and sham acupuncture, but little or no significant advantage of one over the other. There are now credible sham acupuncture procedures in which skin penetration in the control group is avoided.

However, most trials published prior to 2008 use traditional sham needle techniques. It is interesting to postulate that the Cochrane review would have been even more positive had a truly inert placebo control been used in these trials.

Alternative to pharmaceuticals
The Cochrane Reviews on acupuncture for migraine and chronic tension-type headache both conclude with the observation that acupuncture is a viable treatment option for these conditions. An added bonus is that compared with the 3,276 suspected adverse reaction reports lodged with the Irish Medicines Board in 2009, complications of acupuncture are rare.

So what, if any, are the drawbacks of acupuncture? Acupuncture treatment in Ireland is largely private, and some patients will therefore be deterred by the cost of treatment. However, many practitioners successfully use far fewer than the ten-to-15 sessions of acupuncture used in most large studies — sometimes five or six treatments may be sufficient. In addition, acupuncture treatment is often covered by private health insurance schemes, thereby reducing the cost.

Of major concern to doctors considering the acupuncture option for their migraine or chronic headache patients might be the qualifications and training of the acupuncture practitioner.

The Irish Medical Acu-puncture Society (contact imas@medical-acupuncture.ie) keeps a list of doctors and other health professionals, such as chartered physiotherapists, who practice acupuncture in addition to their primary medical work, and will provide doctors with contact details of local practitioners on request.