Acupuncture Proven to have an Effect beyond Placebo, Harvard Study Concludes

Acupuncture Proven to have an Effect beyond Placebo, Harvard Study Concludes 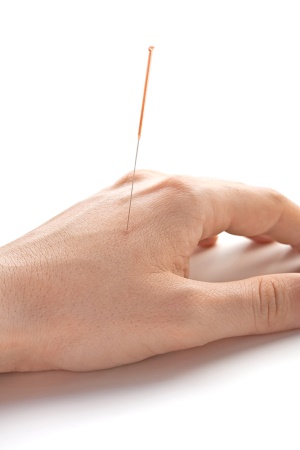 Is acupuncture nothing more than a dressed-up placebo effect? Not according to a recent joint MIT-Harvard Medical School clinical study. The study, published in the November 2008 issue of the peer-reviewed science journal Behavioural Brain Research, utilized functional magnetic resonance imaging (fMRI) and positron emission tomography (PET) to examine the effects of acupuncture in relieving pain.

The effect of manual acupuncture in 12 healthy “acupuncture-naive” subjects (6 male, 6 female) was observed by monitoring fMRI of the brain and [11C]diprenorphine PET. [11C]Diprenorphine is used with PET to measure endogenous opioid release. Endogenous opioids have a morphine-like action in the body. Currently, “…there is strong evidence that acupuncture analgesia is mediated at least in part by opioid systems” (Dougherty, et. al. p.1).

During the course of four sessions, the researchers induced pain in the subjects by using heat in varying degrees of intensity. The heat pain, which was issued to the right forearm of each subject, was administered before and after a 29-min treatment of either real or placebo acupuncture at acupoint Large Intestine 4 (LI-4).

The fMRI was used to indentify changes in neural activity by measuring blood flow in the brain. The [11C]diprenorphine PET scans looked for binding decreases which is associated with greater opioid release.

By comparing the two treatments, the study concluded that “… the reduction in pre- and post-treatment pain ratings was significantly greater in the acupuncture group when compared to the placebo group” (Dougherty, et. al. p.3).

“We found more brain changes during true acupuncture than during placebo acupuncture,” commented Darin D. Dougherty, MD, Associate Professor of Psychiatry at Harvard Medical School and Director of Neurotherapeutics at Massachusetts General Hospital. “fMRI showed changes in the orbitofrontal cortex, insula, and pons during true acupuncture when compared to placebo acupuncture.” The PET scans detected [11C]diprenorphine binding changes during real acupuncture that were very different than the binding changes that occurred during placebo treatment.

The right orbitofrontal cortex (OFC) was the only brain region that showed a common change in both types of scans. During real acupuncture, the right OFC demonstrated increased activity (as determined by fMRI) and increased opioid release (as determined by PET). There were no common fMRI and PET changes during placebo acupuncture.

This study was funded by The National Center for Complementary and Alternative Medicine (NCCAM). The NCCAM is the American Government`s lead agency for scientific research on complementary and alternative medicine (CAM). It is one of 27 institutes and centers that make up the National Institutes of Health (NIH) within the U.S. Department of Health and Human Services.